How Does AI In Video Games Work? 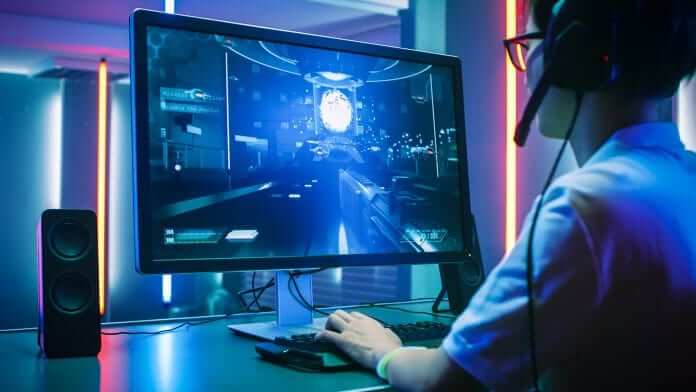 Artificial intelligence is playing a big role in modern society, linked to everything from facial recognition to customer support. But, advanced AI has been around for much longer than many assume, playing a key role in video games.

But just how big is the role that AI plays in games, and how much of an impact does it have?

AI, in some form or another, plays a part in virtually every video game, depending on how broadly the term is used. It can determine the behaviour of in-game characters, control dynamic weather, and even decide if a virtual bullet is finding its mark. It can even be linked to online casinos, with the top pokies online in New Zealand even making use of AI to some extent.

The important thing to understand is that, technically speaking, AI used for virtual weather, or for character behaviour, ultimately works on the same basic principles. This means that just because an in-game AI has been dressed up to look like a person, it doesn’t mean that it isn’t just an algorithm under window dressing. Animations and character models go a long way to making players think a basic AI is an individual.

The Greatest Video Game AI Ever

A PC game called Black and White released in 2001, and its sequel in 2005, implementing some of the most advanced video game AI ever created. Still to this day very few, if any, video games exceed what was achieved in these decades old games. At its core Black and White was a so called God Game, allowing the player to take on the role of a deity in a city building strategy game.

The outstanding feature was that the player was given an AI helper, in the form of an anthropomorphic creature. The creature was ever evolving, ever learning, and constantly adapting to the player’s actions. Over the time the creature could either learn to help, or be a terror.

The sheer number of interactions the AI creature was capable of learning was nothing short of astounding, making the achievement of the developers utterly remarkable. Especially given that a fully animated creature was wrapped around the AI, complete with a wide array of simulated emotions.

The question is; why have developers rarely tried to implement equally as advanced AI systems?

Creating advanced character AI in video games is an extremely time consuming and complicated task. So much so that developers often avoid it as much as possible, saving the time and resources for other aspects of the game.

For the most part, character AI in modern games is limited only to as much as necessary. Even games with multiple in-game characters have had corners cut, reducing the characters to their most simple, but acceptable, iterations.

Given how sprawling and complicated modern video games are, developers have learned to prioritise time and effort, putting in the work only where it is necessary. Though AI is often used in video games in ways that many players don’t even consider.