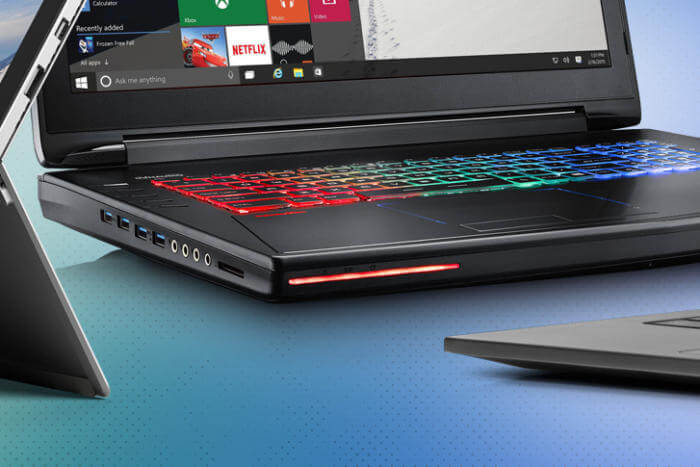 For a long time, laptops had been in a decline in most parts of the world due to the rise of mobile devices such as smartphones and more advanced desktops. But it didn’t take long for consumers to realise just how valuable having a portable computer really is, and the laptop industry has surged in recent years. The technology powering the laptops has also seen some huge growth, and we’re left with some of the most powerful laptops of all time, many of which can easily match high-tier desktop systems.

Arguably the most powerful gaming laptop in the world right now, the Area 51m is a truly monstrous machine that offers some of the very best specs that money can buy. It’s got a unique look, with a massive cooling system that juts out behind the machine, offering great cooling even when the laptop is being pushed to its limit.

With up to a Core i9, between 8 and 64 gigs of RAM, an Nvidia RTX 2080, and a 17.3 inch display it’s perfect to enjoy Bingo Cafe games on. The 51m is almost without parallel, even compared to some of the latest desktops. Its integrated SSDs are lightning fast, and all of its major components can be upgraded fairly easily, meaning that users are buying a machine that will last them some years still. The biggest downside to the Area 51m is its massive price, at over US$2200, it’s a machine that remains out of the price range for many, but its large specs demand a high price.

While the M17 R2 is not quite on the same level as the previous entry, its sleek design, overall performance, brilliant keyboard, and great battery makes it a first choice for most mobile gamers right now. The 17-inch R2 was released with its new Legend design, it’s a slim machine packed with massive power that should appeal to anyone looking for a new portable desktop.

The R2 offers a Core i9 that can be overclocked, along with an RTX GPU capable of playing all of the very latest games on offer. Thanks to a revamped cooling system and much quieter fans, the R2 is able to keep its internals fairly cool, even when running the latest AAA titles. With a lower asking priced, the R2 remains a more popular choice against the 51m, and should be more than enough for most gamers’ needs.

The Mothership is Asus’ most powerful offering in terms of mobile gaming hardware, and thanks to its incredible specs, its on par with even the best Alienware has to offer. The Mothership comes with an Intel Core i9-9980HK, an RTX2080, 64 GB or RAM, and Duel 512 GB SSD storage. It boasts excellent audio quality and a fantastic cooling system that should keep the laptop cool even in warmer weather, and its unique design will make it stand out no matter where the owner goes. It’s extremely expensive, however, and it lacks the backlit keys that have become a standard for most laptops.